Making money with a 9 second videoclip almost seems to good to be true, doesn’t it? For sure I wouldn’t have believed it without seeing actual proof. I’ve found out that videos that cover relevant ongoing topics are of great value for online newspapers and magazines. This article will explain to you how it works.

At the end of last year I drove home from a meeting and ended up in the middle of the ongoing farmers protests in the Netherlands. While my phone was in the holder I pressed the record button to have it record the parked tractors along the roadside. There were so many that it was somewhat impressive.

When I got home I uploaded the video to social media and got notified by Newsflare telling me they were interested in selling the video to their partners. Of course I took this all with a grain of salt as the video was only 9s long. Couldn’t be very lucrative I thought but gave them the benefit of the doubt.

As per instructions I created an account at Newsflare and uploaded the video to their platform. The process was pretty straight forward and uploading was easy. Payout limit was at a minimum of £10 so didn’t expect to reach this amount with the video actually.

Two months passed by and an e-mail arrived telling me the video generated revenue. Still not expecting much from it, I went to my Newsflare account to check this out and guess what? The video just generated $130 in royalties! Like what the actual f**k? The video was bought by AOL.com, that for some reason found the video of value for their reporting about the topic. The next month I received another payout of around $90 in royalties for the usage of the same video by AOL.

In your account at Newsflare you have access to ‘videobriefs’ in which they specify exactly what content they are looking for, or better said ‘what their partners are looking for’. Newsflare is an intermediary that’s sitting between content creators and media on the look for certain content. In exchange for your access to these media corporations to which Newsflare promotes your content, they’ll receive 50% of the royalties the content generates. The payout was already 50% of the total revenue and was quickly added to my PayPal account.

Just follow the videobriefs and send in your content to Newsflare for some additional income. Your phone is always with your and when there’s something that could be of interest, just record it and upload it to your account.

I also made a Youtube video abou this earlier. It was my first ever video I made so please be kind 🙂

Making Money Online: The Best Way To Do It 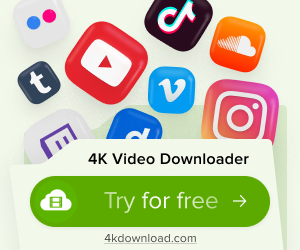